K-ON! tells you where to go!

Japanese technology company RWC has produced a satellite navigation system based on the K-ON! anime series.

The voice actors who played the Ho-Kago Tea Time high school band in the two TV series and the follow-up film have provided 984 phrases to guide travellers to their chosen destination. The original manga was spun off into an anime television series in 2009 and was followed with the movie adaptation in 2011. 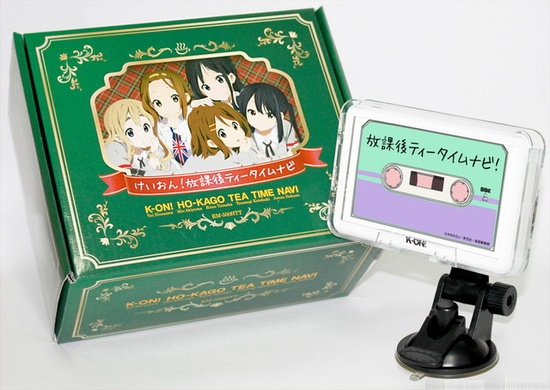 The sat-nav’s users can choose from the characters of Azusa (Ayana Taketatsu), Mio (Yōko Hikasa), Mugi (Minako Kotobuki), Ritsu (Satomi Satou) and Yui (Aki Toyosaki). With the band as its main inspiration, the GPS system continues its musical theme by starting up with the image of a cassette tape inscribed with the Ho-Kago Tea Time name.

That picture is made to look even more like a cassette by the device’s clear case, which is shaped to complement it. The stylus used to input commands more easily on the touchscreen even comes in the shape of Yui’s Guitar!

As for the boring technical bits, it uses a map service run by Zenrin Chizu and comes with a detachable stand and sucker, cigarette-lighter connector, AC adapter and USB cable. All we need to know now is when Manga UK or Viz Media is going to produce the English dub? 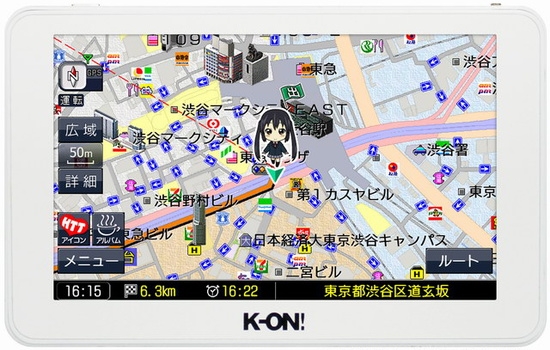