Twitter visualisation of the road to the Uefa Champions League Final…

“Ahead of tonight’s Uefa Champions League Final, Twitter has produced a visualisation of the road to the final, displaying detailed stats on all every game, goal and tweet!” says a Twitter spokesman excitedly.

We’ve included a snapshot of the last two games below but you can see the full thing here.

It’s a bit more interactive and you can click on teams to view their progress, plus see how each goal lit up the social networking site. 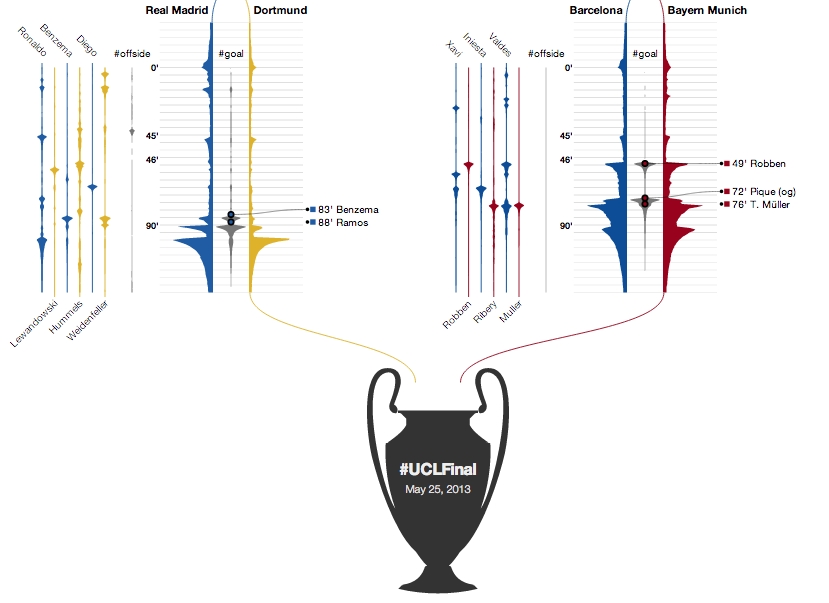